The Philippine Eagle Foundation focuses on the great Philippine Eagle not only to recover its dwindling populations but also to protect its forest habitats and ensure the sustainable use of the forests’ bounties for the people.

Along with saving the eagle and the many animals that share its forest home, the Foundation looks forward to helping fulfill the dreams and aspirations of the millions of marginal income families who also rely on the forest to survive.

Widely recognized for its accomplishments in the conservation of the Philippine Eagle, the Foundation continues to grow with its strong science-based programs and people-oriented strategies.

Deforestation and continued human persecution are among the main reasons why there are fewer eagles left in the wild. The Foundation employs holistic and multi-stake holder approaches to address these problems. By working with many organizations and people from all walks of life the Foundation hopes to take the Philippine Eagle off the endangered species list.

In 1965, noted Filipino scientist Dr. Dioscoro Rabor alerted the world of the bird’s endangered status. Ignored by most of his compatriots, he was able to elicit the support of the famous aviator, Charles A. Lindbergh who helped champion the cause. In 1969, the Monkey-Eating Eagle Conservation Program was established.

Interest in pursuing the program soon diminished with the death of Charles Lindbergh. During this period, work on the eagles was sustained through the initiatives of Peace Corps volunteers in cooperation with the Philippine government’s Parks and Wildlife Office.

In 1977, one of the Peace Corps volunteers, Robert S. Kennedy, and with Neil Rettig, returned to the Philippines to study and film the eagles further. He also successfully lobbied for the Office of the President to change the species’ name from “Monkey-eating Eagle” to its present name, the Philippine Eagle.

In 1987, after having ceased receiving support from the government, the group started operating as a private non- profit organization. Financial constraints did not hinder the staff from pursuing its mission. They waived their salaries for over a year in order to feed the eagles, ensure that fieldwork continued and carry on the great mission of saving this magnificent bird.

The dedication and effort invested into this work eventually paid off. In 1992, the Foundation successfully produced the first two Philippine Eagles bred and hatched in captivity. The birth of Pag-asa (Hope) and Pagkakaisa (Unity) caught the world’s attention and eventually led to the subsequent outpouring of public support and sympathy that helped revitalize the effort to save the species

The Foundation takes a comprehensive approach to conservation, engaging in research, community-based efforts for on- site protection, and public education to save the Great Philippine Eagle and its habitat. 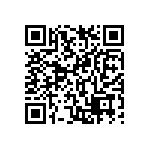